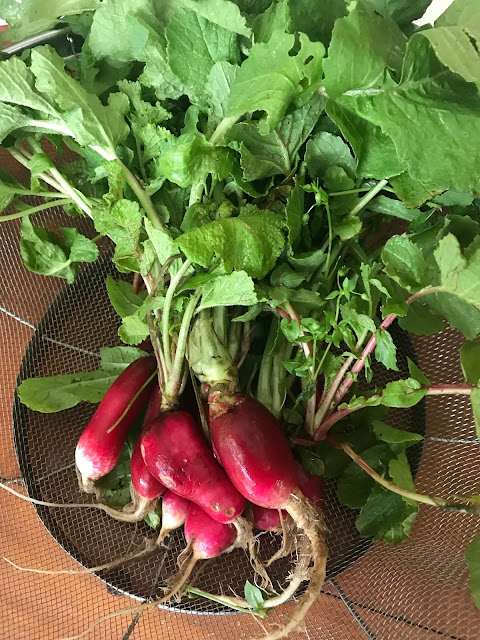 Do you know the French eat radishes on buttered bread with a sprinkle of flaked salt for a snack.  I found that remarkably different until a friend brought me a bunch of his" butter "radishes. It's winter and anything from the garden is a treasure and should be prepared with careful consideration. I guess this variety lends itself to the buttered bread idea as they are small and milder than the grocery store bunch.  I thought they'd be more useful to me as a pickled vegetable this time of year. 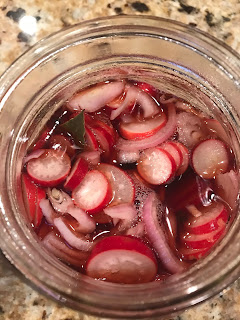 Mixing them in with a salad for a tasty bite of crunch and piquant flavor is refreshing during these bleak winter months.  Any type of radish will do and it's a snap to make.

Cut the heat and let sit for 10 minutes.
Pour the hot brine liquid over the radishes and shallots in the jar.  Allow the mixture to cool before putting a lid on.  Store in the refrigerator for up to one month.