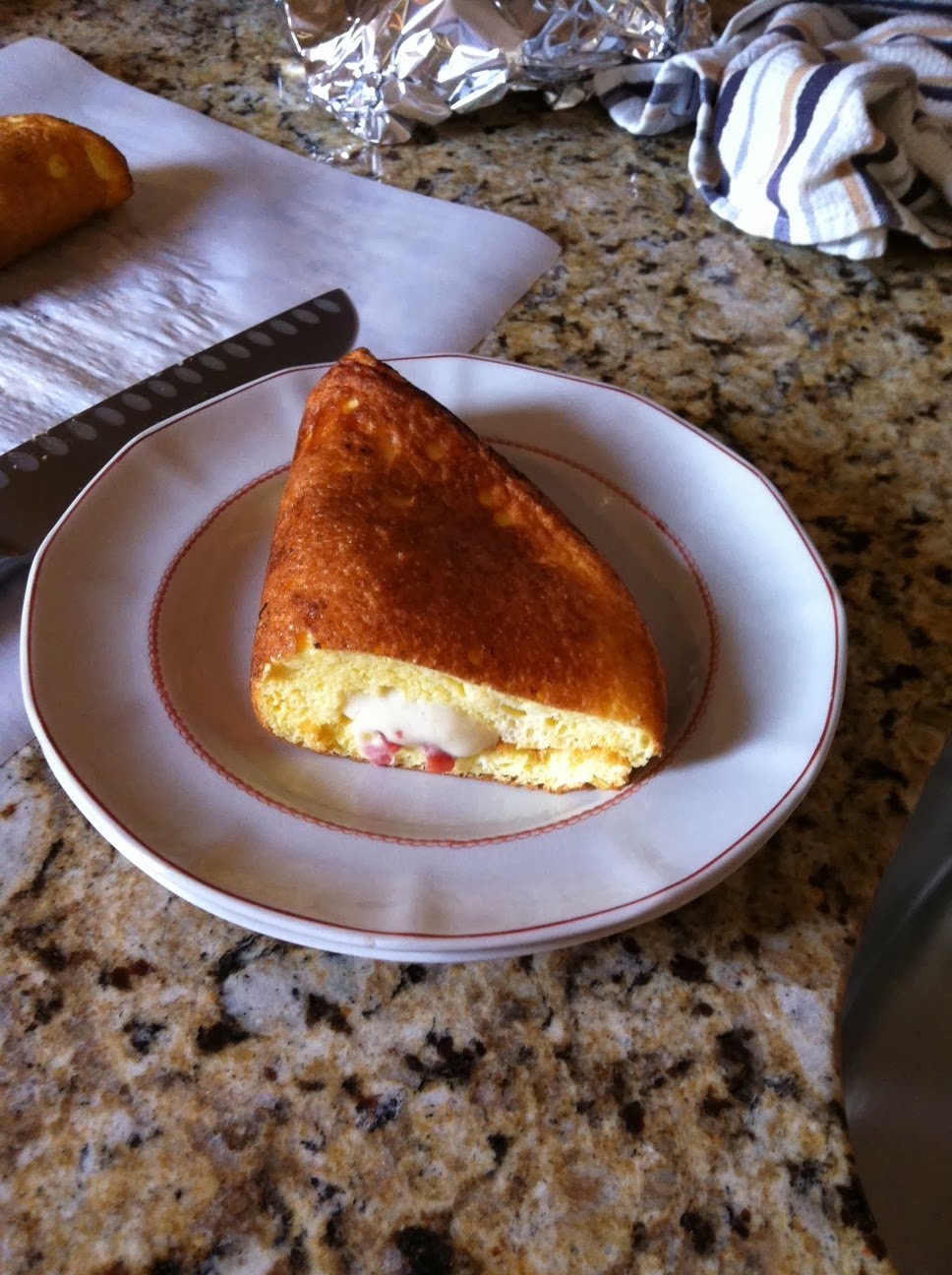 I've been trying to perfect my omelet for years and what I've learned is there's still room for improvement, so my quest goes on.  There are many different styles depending on your heritage but it's all about technique.  I've seen one made by swirling and flipping the pan with one hand.  It was the Cirque du Soleil of omelets and I don't have the wrists for that.  I like this one for the fluffy, tender French style; you'd have trouble screwing it up.  My first introduction to the fluffy variety was watching a man on TV beat the eggs by hand for 15 minutes.  Forget that, I thought.  I've tried the rolled version with limited success but this makes it simple and always comes out a light, delicate marvel.  Separate the eggs, beat the whites then combine them like a souflee'.  It makes for a lovely presentation.  Try this next time you have house guests.  They'll think you're a Cordon Bleu graduate.

Lightly oil an 8 inch nonstick ovenproof skillet.   Cook the ham for a few minutes until the edges brown and remove to a separate plate. Wipe the skillet clean.  Separate the eggs into two bowls.  Melt 1 tbls butter in the microwave and cool slightly.  Add cream of tartar to egg whites and beat with an electric mixer until stiff peaks form 2-3 mins.  Add the cooled melted butter and a pinch of salt and pepper to the yolks and mix well.  Add the yolk mixture to the egg whites and combine with a whisk until there is no trace of white. Heat 1 tsp of butter in the skillet over medium/low heat and brush it evenly over skillet and its sides.  Add the egg mixture and cook for about two minutes until the edges are set.  Sprinkle the cheese and ham over the egg surface.  Place skillet on middle rack in the oven and bake for 3-4 minutes until puffed, just lightly browned and the cheese is melted.  Remove from the oven to a platter and let rest 1 minute. Carefully fold over with a spatula and slice in wedges to serve.

Posted by Recipes & Random Thoughts at 6:42 AM

Email ThisBlogThis!Share to TwitterShare to FacebookShare to Pinterest
Labels: Eggs