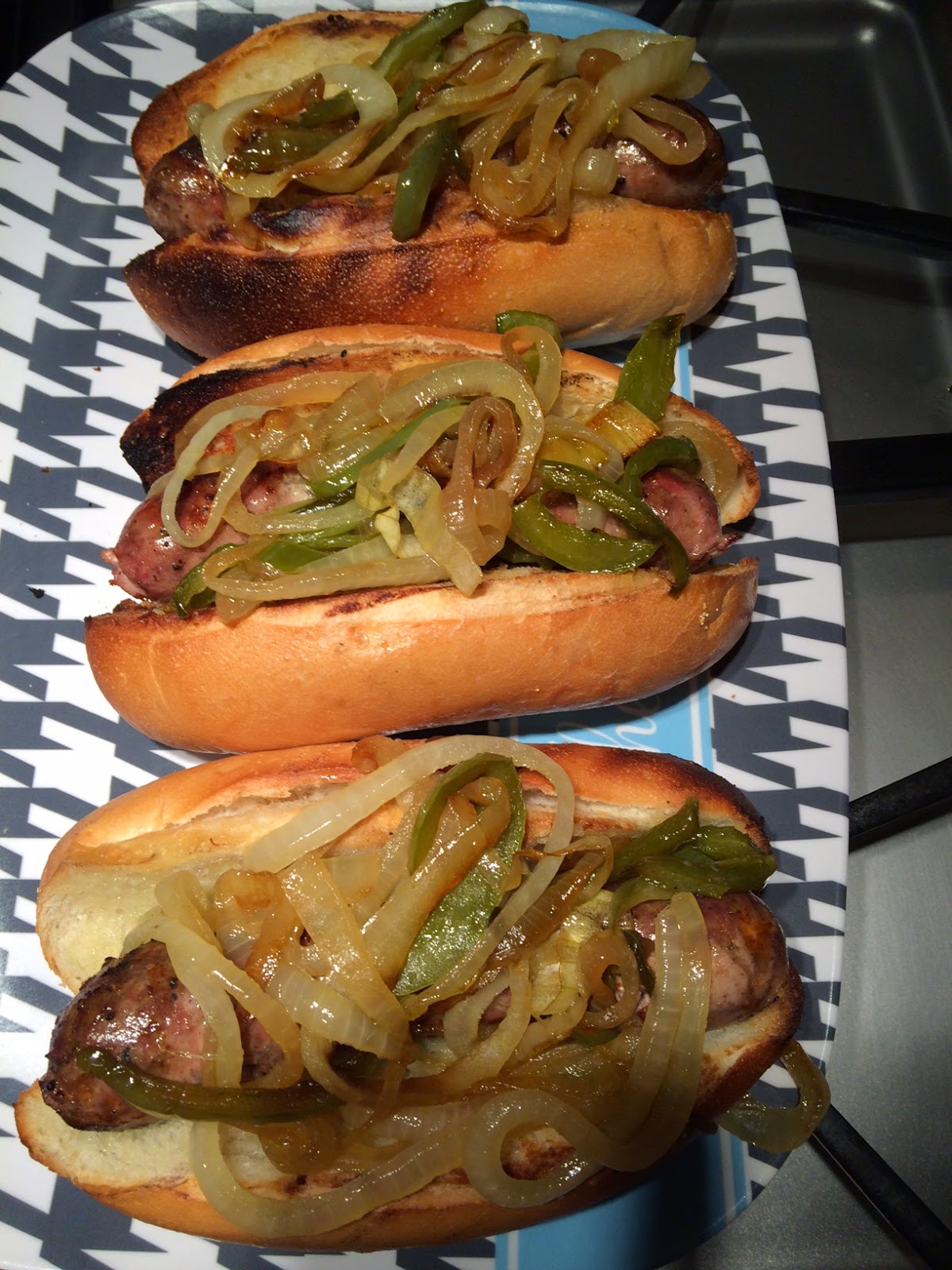 My son got bitten by the craft beer brewing bug some years ago. I guess there's something in his genes that urges him to cook. It all began when he was in Australia for a college semester and came home with a brew kit.  Now, he's gotten more sophisticated and his garage is an elaborate home brew stage.  His wife makes up cute lables on her computer and it's all great fun.  When he gets together with buddies to watch football, he brings a cooler of his latest and they critique the beer and teams.

So what goes with cold beer and football?  How about some brats steamed in beer and finished off on the grill, then topped with grilled onions and peppers on a buttered and toasted bun. Good times for all!

Put 5 or 6 bratwurst in a single layer in a dutch oven or a deep fry pan with a lid. Add one bottle of beer and two tbls whole grain mustard.  Heat covered until the beer just starts to boil then cut the heat and let the brats steam for about 15 minutes until no pink is visible.

Prepare a charcoal fire or a gas grill.  Slice 2 large onions and 2 green peppers, cored and seeded and sliced into thin strips, and toss in a neutral oil to coat.  Add peppers and onions to a grill basket over indirect heat. Grill until lightly browned.  Finish the steamed brats on the grill until nicely browned. About 5 minutes.  Split hoagey rolls and butter the inside and place on the grill for just a minute to toast.  Assemble and serve with German mustard if desired and with a nice cold beer.

Posted by Recipes & Random Thoughts at 9:30 AM