For Better For Worse, But Not For Lunch 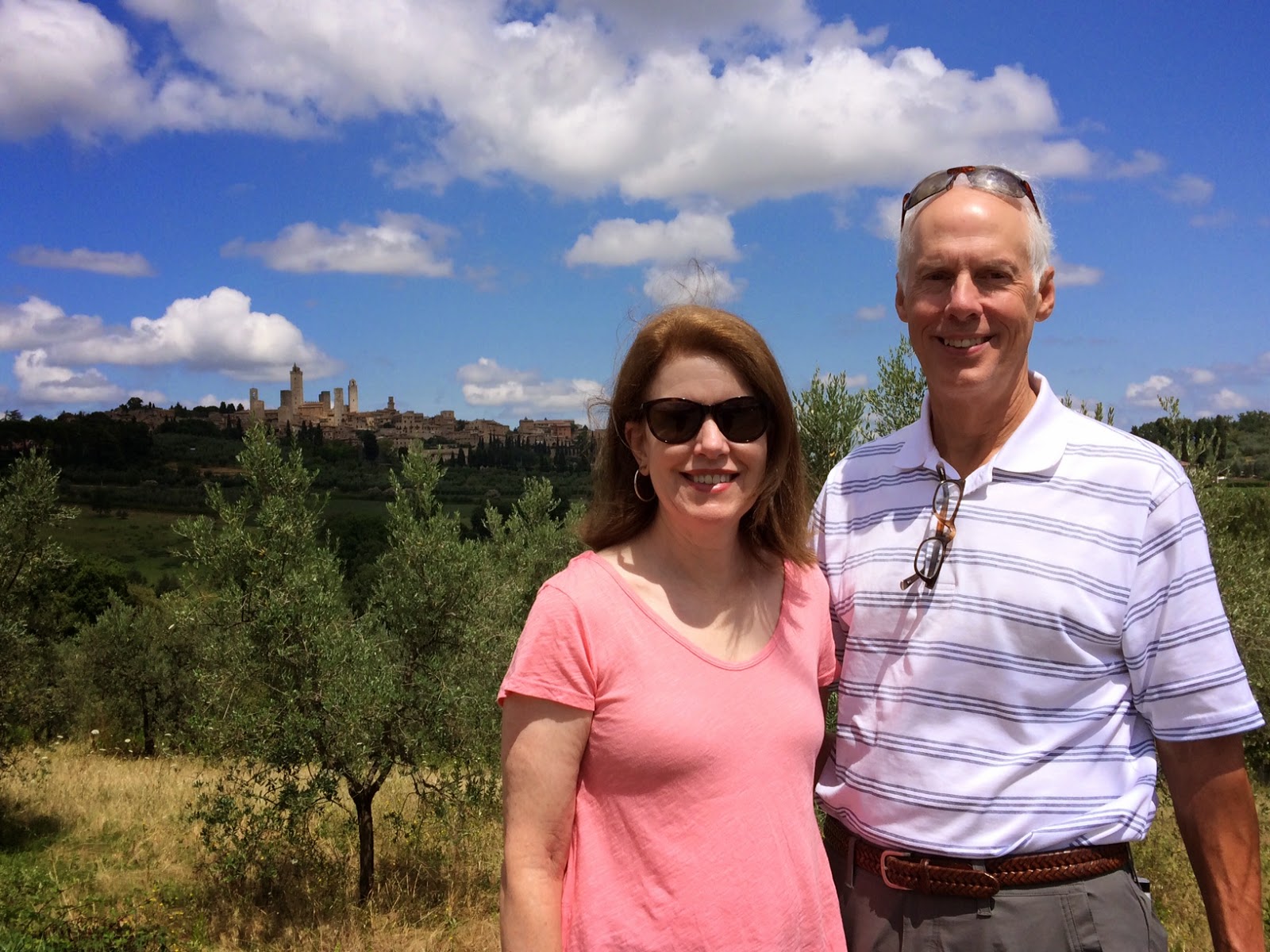 I have been married 38 years.  That's 13,595 days and most of them have involved responsibility for my husband's lunch.  He eats a very light lunch and it's not a big deal; salad or some leftovers but most wives in urban settings in the 21st century are not confronted with their spouse midday.  I don't have to actually be present, just have the fixings available.  A very particular kind of lettuce and fruit, my homemade salad dressing, a homemade soup, a slice of my homemade whole wheat bread.  For a while he made the rounds at the sandwich and salad bar establishments and a diner or two but always found his way back to my kitchen.  Light, easy, quick and cheap and no tipping.

His job doesn't involve travel. No living or eating on the road, no power lunches.  At the most, he gets a sandwich on the golf course on weekends.  Even in graduate school, when we first married, he asked me to make him a sandwich for lunch because it took too long to walk over to the university cafeteria and it would save us money.  I really hated making tuna fish at 6:30 in the morning.  Then we had our first child and a microwave not long after.  His office was close to home and I didn't mind having a little relief during the day. I could nuke a hot dog or flip a grilled cheese while he bounced the baby.

Lunch is nothing more to my husband than a quiet moment to breath in a dizzy, breathless sprint each day.  He can't be weighted down or drowsy after a Big Mac or corporate lunch. It is just a blink in his working hyper focus.  Conversation is minimal as he chills without losing too much steam for the rest of the day. Then he flips the switch at five for some exercise and a civilized evening meal. It really is a pretty nice schedule.  He's a work hard, play hard type.

I can summarize life of lunches beginning with a  lunch of graham crackers and peanut butter as an old favorite.  As a youth, his mother banished he and his brothers to the backyard swimming pool on any summer day with drinks, a pack of graham cracker and a jar of peanut butter for the day. They didn't come inside until evening. When we took our teenagers to New York, hubby was so determined to spend every minute pounding the streets to museums and so forth, he was shocked we wanted to stop for lunch. Even petite de'jeuner in France took some persuasion. Hikes in the Rockies have been referred to as a "forced march".

I had no choice but to pack my children's school lunches during elementary school.  I'll never forgive the one who traded his homemade vegetable soup for a packaged Oscar Mayer Lunchable.  I happened to be at the school that day and wandered through the lunch room and found his thermos right on top of the garbage still filled with the soup I'd labored over.   When he confessed to trading the  nutritious vegetable soup for processed bologna, cheese and crackers, I was crushed.  Of course, this is the same adult child who occasionally shows up at lunch and rummages through the refrigerator. "Can I eat this?"

I'm not sure what is so attractive about eating lunch at home.  It's not much of a meal but it's what they want, not the super sized spread of the metropolis.  So I'll keep my lunch counter open.  For better for worse, lunch is part of the deal.